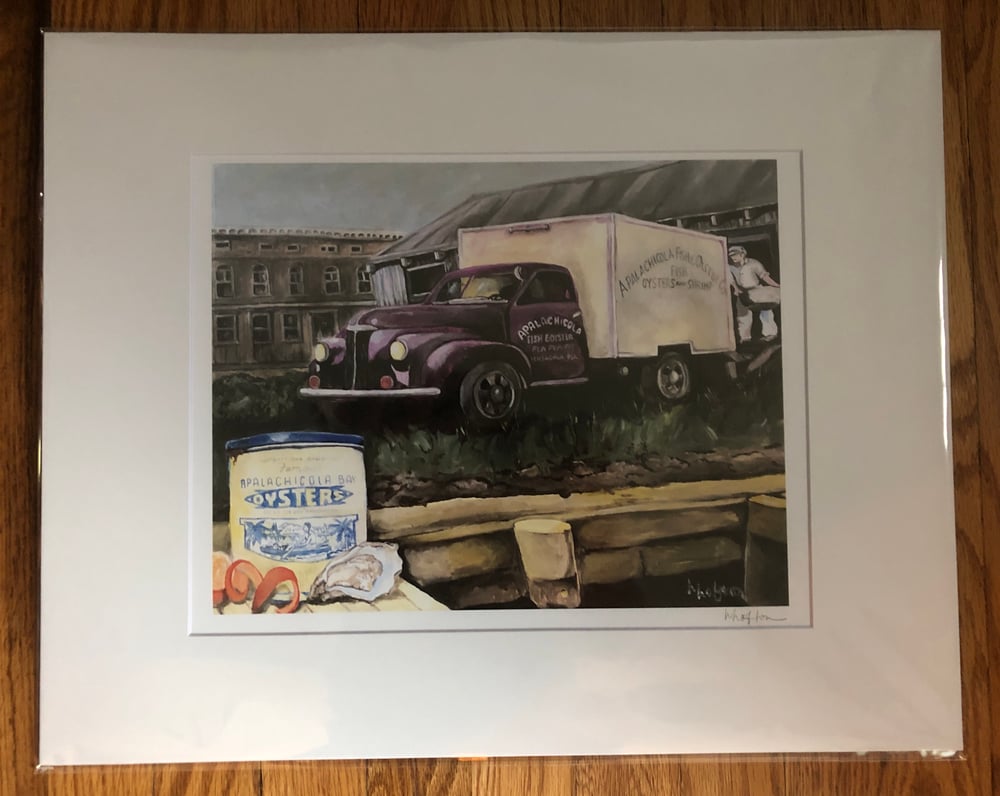 Oysters were Apalachicola’s first seafood industry. Oysters were sold locally as early as 1836, harvested much the same as they are today with scissor-shaped tongs hoisted aboard shallow-draft skiffs. By 1850, oysters had begun to be packed in barrels and shipped aboard steamers headed north or to other neighboring states.

Sustained commercial seafood success began in the late 1880s when German immigrant Herman Ruge, along with his two sons John G. and George H. Ruge opened the Ruge Brothers Canning company in 1885. Through the technique of pasteurization, the Ruge’s became Florida’s first successful commercial seafood packers. John Ruge is also credited as an early advocate of planting oysters’ shells near existing oyster “beds” to provide places for spat to settle during spawning. Other prominent oyster industry pioneers included “The Apalachicola Fish and Oyster Company” as seen in this painting.
Partially quoted from the cityofapalachicola.com website.
Lisa Lofton